Grenson, a company that started with one man’s dream of making sturdy shoes to now becoming a class statement for many. It is a brand endowed with rich history and excellence in everything they do. This renowned shoemaker takes pride in creating timeless styles with superior craftsmanship. Grenson stands out from its competitors due to its commitment to excellence, passion for every little detail, and exquisite craftsmanship. The company’s reputation for heritage, elegance, and style has endured for more than a century. But this was not always the case and after experiencing its fair share of ups and downs through all these years they’ve emerged as a brand associated with class, innovation, and durability. Join us on this illuminating journey as we unfold each layer of Grenson’s success story and bring to you its riveting evolution as a shoe giant in the industry. 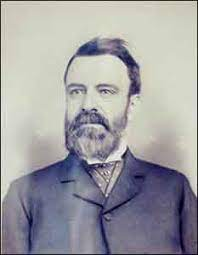 Since its establishment in Northamptonshire, England, in 1866, Grenson has been honing the craft of shoemaking. The wholly British enterprise, renowned throughout the world for its quality and craftsmanship, had modest beginnings as it all began with William Green manufacturing shoes in his attic above a Corn Merchants in Rushden, Northamptonshire. Back in those days, all shoes were crafted by hand. Up until 1860, when Green decided it was time to leave the family home and be on his own, William and his mother, who taught him the craft of creating men’s boots, manufactured boots from their home. He started working toward establishing William Green & Son as a business in 1866. By this time, he had started going after the orders, looking for the requisite materials, and hiring shoemakers to fill the incoming orders. As a result of Green’s many travels and his many business dealings with wholesalers, Green & Son soon gained a reputation for producing high-end footwear with superior craftsmanship and durability.

William established the Greens Yard plant in 1874, making it the first factory in the world to produce men’s shoes using the Goodyear welt technique. Soon after, the business adopted the name Grenson. The factory relocated to Queen Street during the late 1890s, where it is still located today. William, unfortunately, departed away one year into the 20th century, but he had built the framework for a reliable business. The company first struggled during the Great Depression, but thanks to the high caliber and durability of the boots they were known for, they were soon asked to make Grenson boots for the army during the Second World War, and their business quickly flourished.

From Sketch To Store 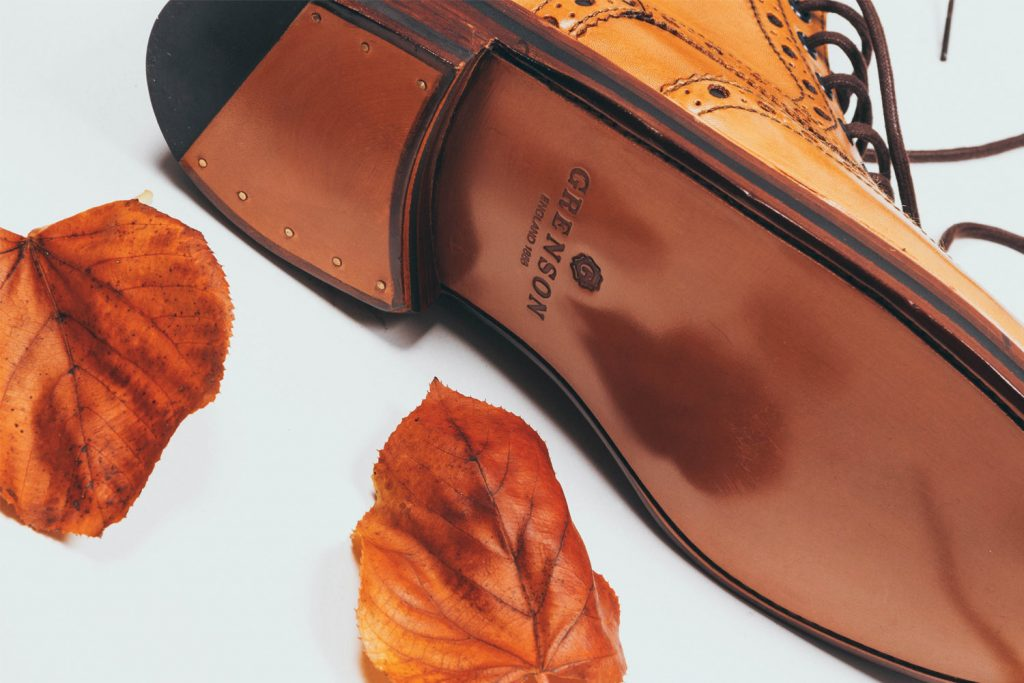 Grenson shoes don’t just boast about their vintage English shoes with long-lasting soles but also deploy one of the most extensive processes to produce their exquisitely crafted shoes. All Grenson footwear is “Goodyear welted,” a labor-intensive procedure that extends the footwear’s lifespan beyond that of any other brand on the market. Grenson shoes are a timeless investment since they can be resoled again. A set of Grenson shoes can take up to three weeks to make using this procedure, which explains why they may cost more than some of their competitors’ shoes.

The design team creates everything in-house at the factory/office in Northamptonshire. Although they acquire fabrics and leathers from all around the world, the bulk is from Italy. They have two factories: their own, 154-year-old facility in Northamptonshire and a manually operated Goodyear Welted factory in India. The footwear is then sent to the pattern maker, who converts a 2D drawing into a 3D pattern. To make a very long tale short, the shoe is then made in around 250 operations before being packed and shipped to a store.

They not only have factories in the UK but also have chosen to manufacture in India. You will be fascinated to know that one of their most popular line of sneakers collection is created in a factory in Chennai. Assembled in a factory in Chennai, India, using the finest leathers, suedes, and nubucks. Grenson’s sneakers have a large fanbase due to their distinctive colors, branding, and detailing. Only the finest Italian leathers are used specifically grade – A tan calfskin leather and the ideal fusion of a high-end and athletic shoe is achieved. You can easily style a variety of outfits with the versatile array of Grenson sneakers. Whether you opt to wear them with suit pants or rolled-up jeans, this distinctive footwear goes well with a variety of classic outfits due to its particular character, which stands for a sophisticated and modern look.

Catering To The Contemporary Audiences

When the cool cobbler-turned-CEO Tim Little was requested to take over by the previous proprietors in 2005, an exciting expansion resulted from his subsequent buyout. He created an e-commerce platform, added more brick-and-mortar locations in London, built the city’s first abroad store in New York, and added prestigious stockists including Harrods, Selfridges, and Liberty. As if that weren’t enough, he revived a women’s collection, launched a vegan line, and expanded his accessory selection to include everything from dog accessories to perfumes.

Yes, of course, they also have boots in various shapes and sizes, from robust hiking boots for off-road activities to suede Chelsea boots for city slickers. Brogues, traditional loafers, Derby and Oxford shoes, as well as classy and cool sneakers, are other options. All necessary bases are thus covered. But regardless of the shoe, they are all made to last owing to their manufacturing process.

With Tim Little at the helm of the brand, we only expect to see further growth of Grensons as a household name for a durable and versatile variety of shoes. He has already dabbled into the social media marketing side of the industry and utilized customer interactive ideas such as pop-up stores and customizing their shoe boxes for the big story of their historically rich brand. 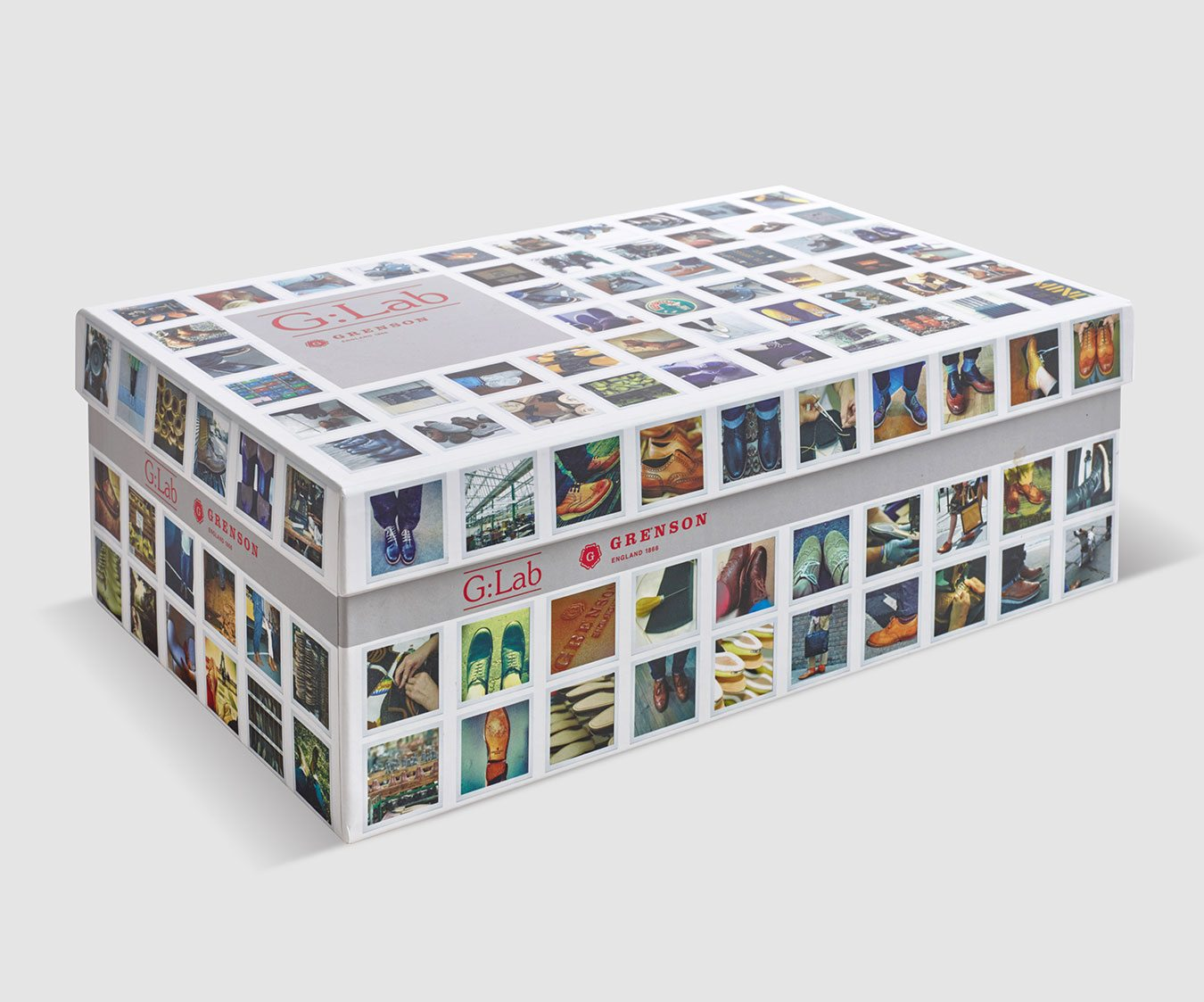 They claim to want to continue doing the same, such as garnering customers’ trust and creating exquisitely crafted classic and modern shoes, and to expand their market rather than simply market to the same customers. Their goals include improving customer satisfaction, becoming more sustainable, and increasing the marketability of their products. Grensons has obtained a new lease on life and is now devoted to becoming a very contemporary company with a magnificent history, made possible by their focus on quality and contemporary design while also not losing sight of their remarkable heritage.

Tredence Inc. Recognized as 2022 Microsoft Analytics Partner of the Year.

TCG Lifesciences inaugurates a new R&D facility in Pune, as part of a major expansion.

Luis Aponte: When a supermodel and designers come together to create a brand, this happens!

The ULTIMATE skincare routine! How to get flawless natural looking skin!

AMAZING: This BEAUTY QUEEN is saving the planet with her art! Meet LAUREN MCCLAFFERTY!