Chickens are native to Southeast Asia’s tropical jungles, but they’ve been tamed and spread over the world for the past 8,000 years, making them one of the most valuable domesticated animals. These shy forest birds are not migratory and cannot fly large distances. As a result, their proliferation over the world is more than just a story of domestication; it’s also a story of global human migration.

This article is about the beloved bird and how it began in India and spread throughout the world, providing the world with a variety of culinary options.

The Connection between India and Chicken

One plausible explanation for chicken’s appeal as the meat of choice in India is that we invented it. At least 4,000 years ago, the farmed chicken (the bird we eat) was initially bred in the Indus Valley. According to DNA studies, the chicken’s forebears were the grey jungle bird of south India and the red jungle fowl, whose range spanned northeast India to the Philippines. These two wild species gave birth to the modern chicken, whose most appealing feature to early man was that it couldn’t fly, making it ideal for breeding.

Evidence That Explains How Chicken Originated In India

Chicken bones have been discovered at an Indus Valley site called Lothal, and it is thought that our Indus Valley forefathers exported chickens to the Mideast. Our Indus Valley Civilisation is referred to as “the bird of Meluha” on cuneiform inscriptions from ancient Mesopotamia. A building near the ancient port city, which is now near Ahmedabad, was discovered with a large number of chicken bones. There are also rumors that in addition to live chicken, they were also shipping chicken achaar. Even though there is no proof, it is plausible because Indians can practically convert anything into achaar!

The Indus Valley Civilisation revealed chicken remains and ancient Indian tandoors as well. The residents of the Indus Valley transported these chickens to Babylon aboard boats and Meluha’s bird was mentioned by the Babylonians as well. We also have accounts of an Egyptian pharaoh who conquered a portion of the Middle East and boasted about the gorgeous and powerful roosters when he returned with his spoils. The chickens migrated from Mesopotamia to ancient Egypt (where they mastered the art of having them lay eggs daily) and finally to Rome, where they were served on European tables. The West eventually had forgotten that the chicken was an Indian bird and began to view it as its own. Then it spread from Egypt to Europe, which is how chicken became so widespread. It also made its way to China via the Silk Road.

It’s tempting to believe that because the chicken first appeared in the Indus Valley, it must be a Punjabi bird. After all, Harappa and Mohenjo Daro have become part of Pakistan, and the Indus Valley Civilisation’s borders were once supposed to be limited to modern-day Punjab and Sindh. However, new archaeological evidence reveals that the Indus Valley Civilisation spanned a far greater area, with Lothal — the site of the first chicken bones — being near Ahmedabad today. (Ahmedabad – The Original Home of the Delicious Chicken is one slogan that Gujarat Tourism would not utilize.)

Check Out this interesting story by ‘Archana Garodia Gupta‘

Chicken and The 20th Century

Despite its early splendor, the chicken only emerged into its own in the twentieth century because of a breeding technology success. The stereotype of a chicken running around a farmyard used to be true. Vitamin D is required for chickens, which they synthesize from sunlight. Farm breeding, on the other hand, was a time-consuming procedure with no economies of scale. Vitamins and antibiotics could be added to chicken feed in the twentieth century. This meant that chickens could be maintained indoors without needing sunshine. That is how the battery hen came to be. Factory-bred chickens became popular. They were crammed into metal cages that were so small they couldn’t even expand their wings. Large, windowless structures with enough space to hold 20,000 to 30,000 chickens were built all over the world.

A chicken used to take three or four months to grow large enough to be slaughtered in the old days. In just six weeks, chemically fed battery hens can gain five pounds of weight. This means that a) feed costs are cut in half along with the chicken’s lifespan, and b) turnover is doubled because the hens reach slaughterable maturity twice as fast as they did previously. In addition, compared to pigs or cows, they require less feed.

Chicken And The Modern Economy

It’s simple to see why the fast-food business is so enthusiastic about modern chicken breeding if you understand the economics. Poultry is the cheapest meat a fast-food company can acquire when purchased in bulk from a chicken factory. So why bother making anything with pricey, high-quality meat (a hotdog, a burger, a kabab, or anything else) when you can just use cheap, industrial chicken? However, choosing industrial chickens comes with a cost. Most restaurant chickens are bland, flabby, and unpalatable these days. 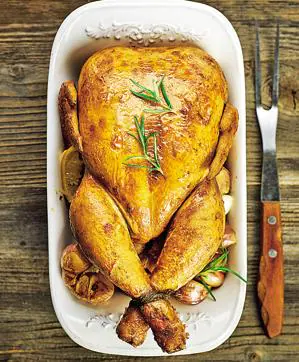 In a curry, the spices conceal the taste of the chicken, but in a tandoori dish, the quality of the chicken is crucial. Although some establishments insist on purchasing free-range chickens which are flavorful, most chefs dislike them since they are harder and smaller than the rubber-soft, huge broiler chicks they remove from the freezer. Surprisingly, it’s the standalone and older eateries that insist on genuine chickens. Many five-star hotels use industrial broilers to save money. People can’t tell the difference, according to the chefs, so it’s not worth the extra money to buy real chickens. Although  what is evident is that our food industry is more focused on chicken than that other countries. India has to be the only marketplace where chicken is prioritized over other meats in fast food.

So, because of its availability and unique texture, the great adaptable bird from India moved and spread throughout the world, becoming a crowd favorite. There are various stories about the origins of chicken, and this is the evidence-based origin narrative that we have thoroughly researched and delivered to you on Atharva Marcom’s Youtube channel. Explore the channel for more of these stories, as well as a myriad of others on a variety of themes, and become a part of this fascinating and enlightening journey into India’s rich culture and history.